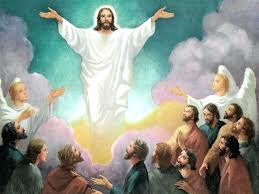 Except for Christmas and Easter I confess that it has not been my custom to preach from a lectionary or Christian calendar. This has probably been due to the fact that all of my life I have lived and worked in evangelical churches in which liturgy is not very common. That’s probably because evangelicals tend to emphasize biblical authority versus church authority. Liturgical churches, alternately, like to focus on the history and tradition of the church. Church liturgy emphasizes the unity of the church, despite differences, throughout its history. And in the chaos of these postmodern times, even many millennials, it seems, like the stability that liturgical forms of worship afford.

Recently, for example, at a meeting of Christian ministers, I was reminded of the place that Christ’s ascension has in the story of Jesus and in the confession of the church. Because May 10th this year marked the anniversary of Jesus’ ascension — 40 days after the anniversary of His resurrection (April 1st) — church lectionaries identify this coming Sunday, May 13th, as Ascension Sunday. The reminder made me realize, sadly, that I had never really taken the ascension of Jesus very seriously and also had never actually preached on it! But now, having received a preaching assignment for this weekend, I decided to give my full attention to this subject from Luke 24:50-53 and Acts 1:1-11. In doing so, I was amazed by the beauty of this truth and of all the blessing that flows to the church because of it.

According to the selections of Scripture mentioned, it seems the ascension of Jesus took place near the little town of Bethany, that in many ways had become Jesus’ home while he lived in the vicinity of Jerusalem. He had close friends there — Lazarus, whom He raised from the dead, and his sisters, Mary and Martha. On one of many occasions, following His resurrection, Jesus met there with His disciples. In one of His last words to them at that time, He said that they should wait in Jerusalem for the promise of the Father (to send His Spirit to them). And when they asked if the time had arrived for Him to restore the kingdom to Israel, He answered that it was not for them to know these things; instead they would receive power when the Holy Spirit came and they would be witnesses concerning Him beginning in Jerusalem and extending to the entire world (Acts 1:8).

And at that very moment, He was taken up into heaven before their very eyes, disappearing into a cloud. The Scriptures tell us that their confusion in that instance was countered by the appearance of two men dressed in white (angels, no doubt) who asked them why they were staring into the sky — that the same Jesus who had been taken from them into heaven would return some day in the same way they had seen Him go. And it is this event that is now known to us as the Ascension of Christ.

There are all kinds of realities and implications that we are blessed to consider from this story. For one thing, we could think long and hard about what that return must have meant for Jesus. Jesus’ ascension means that it was a return to the glory that He had before He came to the earth in the first place. One can’t think of the ascension of Jesus without also thinking of the  incarnation as described so beautifully in Philippians 2:6 – 9. Jesus’ ascension speaks powerfully of His profound humility. Hebrews 1:3 tells us that in His ascension He was given a place at the right hand of the Majesty in heaven — AFTER he had provided purification for sins. Jesus returned to the glory of heaven to receive His reward for His humility and suffering. It was a return to the intimacy He had with the Father in heaven before He came to this earth. While He was on earth, Jesus spoke often of the prospect of this reunion (i.e. John16:28). This return of Jesus to His Father speaks volumes to us of the love relationship between them, and of God’s intention to have that same relationship with us.

In our human experience we all know about the wonder and beauty of home-comings. After years of separation and sometimes travail, children and parents are reunited with one another in family reunions. Often, of course, those reunions include the celebration of additional children and many other blessings. We also know of champion sports teams being welcomed home to a glorious celebration of their home-town fans that includes such things as a parade and ticker-tape. But these experiences are nothing compared to what it must have been like for the triumphant Jesus on His return to heaven. Revelation 4 and 5 give us some insight into what happened and continues to happen because of Jesus’ return. His reward is an inheritance of “all power and authority” (Matthew 28:18, 1 Peter 3:22), of receiving all the nations and the ends of the earth (Psalm 2:8), and as the appointment of head over everything for the church (Ephesians 1:22). The Ascension means that Jesus has been triumphant over sin and evil and is now receiving His inheritance which includes all the members of Christ’s church.

But there is more — so much more in the reality of Jesus’ ascension! A big part of it concerns His work as the High Priest of all believers everywhere. He lives to represent us before the Father as our Advocate and identifies with us in our sufferings. In fact, His ascension means that He is able to be with us now, by His Holy Spirit. Having returned to the Father, Jesus sent His Holy Spirit into the world (Pentecost — Acts 2) to be with us, to be a Counselor and friend, to guide us into all of God’s truth in a manner consistent with His Word, and to empower us — not only to enable us to live in victory over sin and evil, but to send us out as powerful witnesses to Christ through the particular gifts that He has given to each of us (Ephesians 4:7-12). And perhaps best of all, He’s taking this time in heaven to prepare a place for us in the Father’s house (John 14:1-3), in the prospect that He will come back again to receive us unto Himself forever!

I have been greatly blessed this week to meditate on the truth of Jesus’ ascension. In every way, it is so encouraging to know this truth of the Jesus story. It provides a wonderful sense of assurance of faith because His ascension is grounded in history — in time and space. Because Jesus ascended it confirms all the other truths concerning His coming, His life, His ministry, and His death and resurrection. Because Jesus ascended we can experience His Spirit’s presence and power in our lives now. It is so good to know that, as our High Priest, Jesus is praying for us in the midst of our greatest experiences of suffering and confusion. Because Jesus ascended, we who believe, have received gifts with which to serve Him and bring glory to His Name in the church and the world. Because Jesus ascended, we can look forward to that Day when He will return to fulfill His promise concerning our eternal reward and fellowship with Him.

There is so much to celebrate in this event from the life of Jesus. I feel badly that I haven’t focused more attention on it. I’m sure, in the future, I will come back to it often. I hope, if you have had the opportunity to read these words, you too are encouraged in the truth of Jesus’ ascension and will worship Him accordingly this weekend, and throughout your coming days.