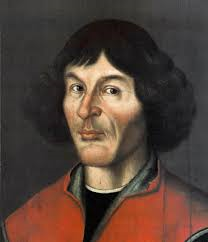 It’s hard to believe that less than 500 years have passed since people generally, were still thinking that the earth was the center of the universe. In 1543, just before his death, Nicholas Copernicus published his work on the daily rotation of the earth and the annual revolution of the earth around the sun. But it took almost another hundred years for Kepler and Galileo to confirm and popularize this idea.

How people process change is a major theme of my book, Thoughtful Adaptations to Change. Though all of us invite change and try to promote it in various ways, there is also a sense in which we all find it difficult to accept change – even when its necessity is obvious.

One of the biggest changes that has occurred in recent times is the quantum shift from modernism to postmodernism. Modernism refers to a major philosophical movement in the second half of the last millennium in which human reasoning began to replace the importance of religious faith. But now we’ve seen the emergence of what is called, “postmodernism,” in which human reason is being replaced by a much stronger emphasis on human emotion. Today’s millennials, for example, tend to mock the idea of rational arguments for the existence of moral absolutes choosing instead to trust their own inner sense of what they believe is right and wrong.

The impact of this philosophical change on western culture has been nothing short of phenomenal. Instead of thinking about life in terms of objective truth, today’s generation tends to put all the emphasis on personal relevance. Technology, for example, instead of advancing true knowledge is being used to further people’s personal agendas.

The overall moral effect of this change has been rather dehumanizing because people are increasingly only looking out for themselves. Yet quite ironically, however, it’s also evident that people are generally more caring and emotionally sensitive. This seeming contradiction is resolved, I think, in seeing the parallel sense of loss, of the awe and splendor of objective truth on one hand, and of personal significance on the other. One of the reasons I have written this book is to try to demonstrate how very important the idea of objective truth (as in God’s revelation) is to the idea and experience of human dignity.

Copies of the book are available in the following book stores: in Prince George at Books and Company, the King’s In, and at Cole’s Book Store; in Calgary at the Ambrose University Book Store; and in the Fraser Valley at the House of James in Abbotsford and at the Regent Book Store on the campus of UBC. For further information as to how the book can be acquired from Amazon, Friesen Press, and other book stores (also in digital form), please go to my website, Second Wind Ministries.