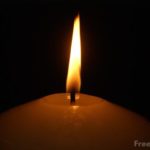 Advent!  It’s that time of year again!  Tomorrow is the first Sunday of Advent!  At the Nechako Community Church, where I am now serving as the transition pastor, we will light the first candle of the advent wreath and the advent season.  We will be thinking again about the promise of a coming Messiah in the Old Testament and the HOPE this generates in our hearts.

Advent, which means “coming,” is such an appropriate way to think of the Christmas season.  It conveys the idea of expectation peculiar to the experience of God’s people based on the many promises in the Old Testament concerning the arrival of a Messiah!  It all started in Genesis 3:15 when God said to Adam and Eve that her seed would ultimately crush Satan’s head.  It’s unbelievable that such a word of victory was given at the very beginning of human history.

Over and over again, God’s word concerning this coming Messiah is spoken of to Abraham (Genesis 12:3), to Moses (Deuteronomy 18:15 and 18), and to Samuel (2 Samuel 7:16).   During Moses’  time, even an evil prophet named Balaam was led by God to prophesy about Christ’s coming: I see him, but not here and now. I perceive him, but far in the distant future. A star will rise from Jacob; a scepter will emerge from Israel. It will crush the foreheads of Moab’s people, cracking the skulls of the people of Sheth (Numbers 27:14, NLT).

There are a large number of prophecies specifically about the Messiah’s coming, and what that coming would entail.  Several of them speak of His coming as a baby, the most notable being Isaiah 7:14, Isaiah 9:6, and Micah 5:2 (which speaks of his birth in Bethlehem).  In all of Israel, throughout its history, there was this grand sense of expectation concerning the coming of the Anointed King of Israel.  It was these prophecies that were on the minds of those spiritualists from Persia who studied the stars as well as the prophecies of Israel.  It was these prophecies of the OT Scriptures which the priests and experts in Jewish Law referenced when King Herod demanded an explanation of the wisemen’s quest.

From the beginning, evidently, it was God’s plan to send a person who would be unlike anyone the world had ever seen or would see.  Planted in his larger revelation of the OT Scriptures are these major hints of what he had in mind.  The people who studied the Scriptures in that time knew that it was just a matter of time when God’s promise would be fulfilled.  It is hard to appreciate what this sense of expectation must have been like for them, especially in view of their many national and individual sufferings.  So they waited, and waited, and waited.

And then one day, in the most miraculous way, he arrived — first as a little tiny baby in the humblest of circumstances, a cow shed!  It wasn’t too long after that, that his full revelation as the Messiah became evident and obvious.  Never had anyone born in the human race displayed such unusual grace, knowledge, and power.  No wonder the people wanted to make him a ruler and king!  No wonder there was such huge expectation that this was his destiny.

But even though it was clear Jesus was the long-awaited Messiah, it soon became evident that becoming a king in this world was not to be — at least not at this time.  Instead, in fulfillment of prophecy, and at the time of the Jewish Passover, the Messiah king suffered death on a rough wooden cross as the Lamb of God becoming the atoning sacrifice for the sins of the whole world.

And now, once again, God’s people wait.  For the King who suffered, died, and then rose back to life has ascended to heaven amid the promise that He would return (John 14:3, Acts 1:11).  Once again, many years have passed since that promise was given.  And just as the people of old time must have become weary in waiting, but kept looking for the fulfillment of the promise, so it is that we who are the faithful today wait in patient expectation for the fulfillment of the promise that he will surely come again.

If this Advent season is about anything, it is all about this identity we Christians feel with those who faithfully waited under the Old Covenant for his first coming.   The Christmas season is a celebration of that original incarnation of the promised Messiah.  But it is also, very very much, a renewal of our commitment to trust his promise in eager anticipation of his coming again.