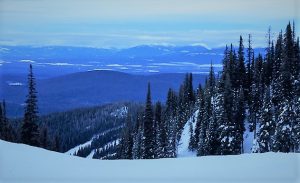 Recently, because of the intensity of my own work at times, I’ve been thinking a lot about whether Jesus was intense or more relaxed. This thought came about in the context of a discussion about vision while working with a church during a time of transition between pastors.

Vision has to do with clarity of purpose and anyone who is involved in leadership in any sphere knows how essential this is to success. Too often, in the context of church ministry, it seems that leaders get bogged down by details because the church lacks a sense of purpose. They easily tend to miss the forest for the trees. In the absence of clear vision, organizations drift and concentrate on putting out fires. Without vision churches have difficulty deciding between equally attractive options and many activities happen without a sense of connection.

When vision fails, negative and corrupting influences tend to take over. As one translation of Proverbs 29:18 puts it, Where there is no vision, people cast off restraint. But with vision-clarity comes focus, discipline, enthusiasm, people-value, and intentionality. That’s why when people ask me what the greatest need is in the church’s with which I work in transition ministry, I often say it is the loss of a clear sense of vision. Much of the work of a pastor, I think, has to do with continually helping clarify the vision of a church’s existence. There is so much more to be said on this subject. In the ninth chapter of my book, Thoughtful Adaptations to Change: Authentic Christian Faith in Postmodern Times, I take a little space to talk about vision.

Vision, of course, is the reason why the Christian faith has made such progress in the world.  Another way to think about vision is as the extension of what true faith is really about. It is a sense of clear vision that accounts for the faith of countless righteous souls in the Bible such as Abraham, Moses, Jacob, Samuel, David, Queen Esther, and the prophets. In fact the prophets themselves were often referred to as “seers” because they were given vision into God’s world of reality.

In reading the Gospels of the New Testament, you quickly realize that Jesus was the greatest visionary of all time. Often He made it clear that His purpose for coming was to do the Father’s will (John 4:34), to seek and to save the lost (Luke 19:10), to serve rather than be served and to give His life as a ransom sacrifice for the world (Mark 10:45). It seems Jesus was always busy — speaking to the multitudes, healing the sick, forgiving sin, and feeding the people, sometimes physically as well as spiritually. And besides all of that, Jesus had another important purpose, which was to train twelve of His disciples to take up His work after He was gone.

With all of this in mind, we might easily conclude that the life of Jesus was intense — that He didn’t have time to relax, to “stop and smell the roses,” or, as we might say, “to recreate.” Did Jesus even have a life? we might ask, in our human way of thinking. Did He ever smile or roar with laughter? Did He have a sense of humour? Or was He constantly driven to achieve?

How we answer that question may have a lot to do with how we manage our own lives. People often live with a certain intensity, it seems,  that can only be described as “being driven!” And this can also be true of those who call themselves by Jesus’ Name. They are constantly on the move — always giving the impression that they are never doing quite enough and, in the process, making others feel guilty because they are also not doing enough. And I have to ask myself whether they are this way because they are looking at Jesus as a model, or simply living by the expectations of other people.

It’s true that Jesus’ strong sense of purpose engaged Him heavily in the lives of people. But I also can’t help but believe that Jesus did what He did with a sense of ease and even light-heartedness. I don’t know of any biblical reference to Jesus actually laughing, but it is evident that He did have a sense of humour — in the ironies that occurred through His ministry and through the life-incongruities to which He referred. HIs was not a frivolous kind of humour, but in true Jewish fashion, it seems to have consisted more in a certain kind of wit. Sometimes, this comes out as hyperbole. So He says, for example, that it is easier for a camel to go through the eye of a needle than for a rich man to enter the kingdom of God (Mark 10:25), or that the spiritually blind strained out a gnat but swallowed a camel (Matthew 23:24).

It certainly is true that a clear sense of vision is essential to meaningful activity. But rather than making our lives intense and driven, a clear sense of purpose, like Jesus, should include a way to be at ease about life — because it helps us set priorities for our lives. Jesus invites those of us who are tired and burdened about life’s demands to come to Him, to take His yoke upon ourselves — to experience His rest and relaxation in the midst of our tendency to drivenness — because His yoke is easy and His burden is light (Matthew 11:28-30).

It is in the absence of a clear sense of vision that we tend to become anxious and wasted; but with clarity of vision (from a Christian perspective) comes a sense of dependence upon Jesus, and with it, light-heartedness, rest, recreation — and humour!