In What Sense is the Christian Faith Unique? 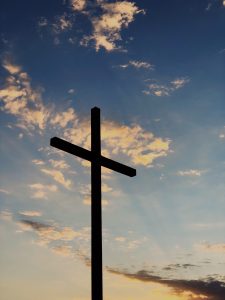 Recently, I’ve been struck by the wonder, beauty, and uniqueness of the Christian Faith — something that we who are Christians may, more often than not, overlook. Sometimes, possibly because we’ve been Christians for a long time and develop certain routines or even adopt a more cultural expression of the Christian faith, we tend to forget how special it is to actually be one.

Added to this occasional lack of appreciation for the wonder of the Christian faith is the pressure that derives from the pluralistic culture in which we find ourselves. It is not considered politically correct to speak of one faith as being better than another. Daily, we are reminded that every world view or religion is equally valid. This attitude in the media and the secular culture of our time is due to the idea that the whole concept of religion lies outside the purview of any kind of objective verifiability. In fact, we have now reached a stage in western culture in which no claim is considered objectively valid. Even science, it is felt, is limited to certain observations and conclusions in a physical and material context. The idea of universal axiomatic truth has been pretty much abandoned in every sphere. And it is a matter of pure bigotry for anyone to claim otherwise — all of which I have written about in my recent book, Thoughtful Adaptations to Change: Authentic Faith in Postmodern Times.

Yet, this is not the view that the Christian faith has of itself. There has always been a sense that amidst all the different religious ideas that exist in the world there is something about Christianity that sets it apart from every other religion. Fundamentally, first and foremost, this idea of Christianity’s superiority over other religious ideas is rooted in the very nature of the Hebrew and Christian Scriptures. For one thing, the Bible itself makes much out of the fact that it has the nature of divine authority. The most critical and rigorous scholarship has shown us that the Bible is not merely a collection of oral traditions peculiar to the Hebrew people. In fact, the Bible we have today is the result of painstaking work by the prophets and priests of Jewish antiquity to ensure that these writings would be preserved because they were regarded as “the very oracles of God” (Acts 3:2). Furthermore, this is also the testimony of the apostles themselves in speaking of the revelation of Jesus Christ when they wrote, for example, “We did not follow cleverly invented stories when we told you about the power and coming of our Lord Jesus Christ, but were eyewitnesses of his majesty” (2 Peter 1:16).

Even a cursory reading of the Bible demonstrates the reliability of these words. For the Bible is an easily readable story about God’s creation, about humanity’s fall into a sinful state (Genesis 3), and then God’s plan through the Hebrew nation to bring about humanity’s salvation. Though the story of the Jews demonstrates their inability to abide by God’s laws, it also shows how God fulfilled His promise of a Saviour for all of mankind through the coming of Jesus. The New Testament part of the Bible demonstrates convincingly that God’s answer to the human dilemma is a kind of sacrifice that is adequate and priceless in its achievements in reconciling man to God.

In the end, though there is much about it that is mysterious and quite incomprehensible, the story is simple enough for a child to understand and apply. It is a story that does justice to the question of human origin and destiny. It is a story that explains the reason for human suffering and how it is possible to rise above all of it through faith in Jesus Christ and the hope that derives from such a faith. It satisfactorily explains the reason for death and how it is possible to overcome it forever. It is a story rooted in the concept of God’s love, mercy and grace so that even the worst of sinners is able to find forgiveness and acceptance with Him. It provides the means by which people can live successfully and inspiringly with one other in marriage, family, and community, It speaks of a kingdom of righteousness that points to the significance of the church and God’s plan to ultimately reconcile everything to Himself.

This conclusion about the Christian faith is not meant to say that Christians themselves are somehow superior to other people. It is not about the fact that Christians are better or more important. It is simply a statement about the nature of the faith itself in comparison with other kinds of religious thinking. The Bible makes it clear that God cares deeply about the whole world, and every person in it (John 3:16, 2 Peter 3:9). It acknowledges the good in other religious systems because, by their very existence, they confess to humanity’s predisposition to acknowledge moral responsibility toward God. It is just, from a Christian perspective, that other religious systems are trying to achieve righteousness by the wrong means — as was ultimately also true for the Jews (See Romans 10:2).

If you are reading this and have had doubts about the wonder and beauty of the Christian faith, of course you are not alone. Yet, you would do well to read the Bible again, or for the first time, to see how this article is true. Consider how special it is to identify yourself with this story of God’s engagement with the world to bring about its salvation. See how it compares with other religious systems that continually emphasize human responsibility toward God for moral success instead of grace. And though there have been many instances of human departure from God’s ideal in Christian experience, consider overall, how the Christian faith has brought blessing to the world in so many forms through its efforts in education, medicine, and artistic beauty. I urge you to think about it and then believe, worship, and decide to follow the Christ.

*Photo by Aaron Burden on Unsplash