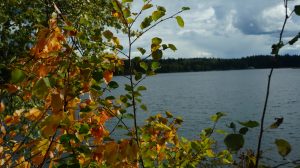 Annually, at this time of year, the Prince George Ministerial Association meets at Ness Lake Bible Camp, just west of the city, for  a half day of preparation for ministry together in the coming year. This year, the Association invited me to talk about Christian Ministry in Today’s Postmodern Culture. I had the awesome privilege of leading a two-and-a-half-hour discussion among 18 participants on the challenges and blessings of church and kingdom ministry in the reality of our new postmodern world.

According to Reginald Bibby, a Canadian sociologist at the University of Lethbridge in Alberta, church attendance in Canada has declined from 95% at the time of Confederation (1867) to 25% in 2000. This also parallels an increase in Canada of “no religion” from 4% in 1971 to 16% in 2001. Interestingly, though there was a significant up-tick in church attendance during the 1980’s, any gains were quickly lost within the last two or three decades. (I personally remember the 80’s as a time of substantial growth in the churches with which I was associated at that time.) It’s a sobering reality, but amidst some instances or pockets of encouraging spiritual response, there is no question that Canada has become increasingly more secular during recent decades.

There are many factors contributing to the spiritual malaise reflected in these numbers, the chief being a new sense of skepticism regarding matters of faith due to the advance of postmodern thinking. When young adults are asked why they no longer participate in church life and ministry, they are inclined to answer that they are too busy, that they can do faith alone, or that the church has ceased to be relevant especially in matters related to sex, gender, and life-styles. Somehow, in this environment, the church, generally speaking, has been unable to help young people transition successfully from the faith of their childhood to that of their adult lives. Sadly for the church, other voices and influences of our times have tended to carry the day.

Having written about these realities in my book, Thoughtful Adaptations to Change: Authentic Christian Faith in Postmodern Times, my purpose at the Ministerial Retreat was to try to provide a broad picture of this social reality but also to lead in a discussion about what can be done to reverse this trend. Frankly, today’s spiritual circumstance reminds me of the situation that existed in the time of the Judges in the Old Testament.  After a time of great advance, as described in the Book of Joshua, the people of Israel were inclined to forget the covenant that God had made with them and then slowly become engaged with the values and spiritual interests of the surrounding pagan cultures. It wasn’t long, in these circumstances, that they lost the glory of their spiritual heritage and became enslaved to the exploits of their idolatrous neighbours. The Israelites became defensive and reclusive until they cried out to the Lord who mercifully identified himself with their pain and raised up “judges”” who once again brought them into freedom.

It seems to me that through a better understanding of our times and then prayer about the church’s plight in these times, it’s possible that God will once again raise up leaders who will effectively lead the larger church back to a strong and simple biblical faith in order to achieve a new level of recognition and spiritual progress. After all, the church is the only entity in the world that has been stewarded with the one message that can turn people back to righteousness and true civility. That message concerns how true salvation from sin and its ill effects is found in the life, death, and resurrection of Jesus Christ.

My book attempts to be a practical guide to how the church of our times can recover its biblical authority and effective witness to the gospel. This is where our discussion today concluded. Approaches in ministry today can effectively work with the reality of our times to gently foster a genuine response to the gospel of Jesus Christ. For example, since today’s typical postmodern is more emotionally sensitive, pastoral and ministry leaders would be wise to address people’s felt needs as an entry in making the good news known to them. For instance, since people are looking for true friendship, churches would do well to focus a good deal of attention, first and foremost, to helping people know (individually as much as possible) that they are truly loved. After all, one of the primary needs that people have in these times is the need to be recognized and appreciated for who they are. Through genuine love and acceptance, people will be more open to hear the truth of the gospel. There is more about this in the book, but this is just one possible application of a ministry focus in these postmodern times.

The book continues to be available through Friesen Press, as well as Amazon in Canada (and the US). But to make all of this a bit more accessible locally and in various “brick and mortar” stores in western Canada, I have repriced the softcover book at $14.99. In Prince George, you can find copies at Books and Company, The Kings In, Ave Maria, and Homesteader Meats. Further in BC, you can also find the book in Quesnel at Books and Company, in Williams Lake at the Open Book, in Abbotsford at the House of James, and at the Regent Bookstore at UBC in Vancouver. In Alberta, it is available at that price at Ambrose University Bookstore in Calgary, and at Christian Book and Record in Edmonton. Or, you can contact me directly for a copy at that price, either on my Website or by telephone. (I also have some hardcopies available for $24.95 each).

An additional feature of the second printing of the book is that each chapter ends with questions for individual consideration or group discussion.