Pondering the Potency of Postmodernism 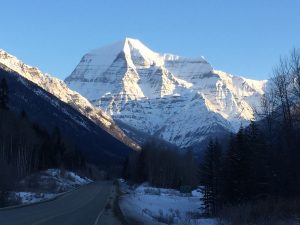 In 2001, David Dockery edited and published a book called, The Challenge of Postmodernism. (Not long ago, Dr. Dockery served as  president and then chancellor of Trinity International University/Trinity Evangelical Divinity School. Recently, he was appointed professor of theology at Southwestern Baptist Theological Seminary in Ft. Worth, Texas.)

In his introductory chapter on postmodernism, Dockery acknowledges that “enormous changes” have emerged at the outset of this millenium in the Western world. Postmodernism, he writes (in a kind of self-contradictory statement), is the idea that the truth claims of the modern period are no longer reliable or relevant. Objective analysis is not possible, postmodernism proposes, because all claims to knowledge are distorted by a myriad of subjective factors. As a result, today’s generation doesn’t expect to be guided by any sense of objective reality; instead, as Dockery writes, The first [effect] is an eclectic approach to life where individuals decide what is true according to personal taste.

Some years ago, while a student at Trinity, I became aware of this new thinking and its profound effect on our culture. I also began to see how postmodernism was affecting the life of the church. In 2017, through the publication of my book, Thoughtful Adaptations to Change: Authentic Christian Faith in Postmodern Times (Friesen Press), I tried to elaborate on this philosophical and cultural change from a pastoral point of view. The response to the book has assured me that this is an important subject, especially to the church, for many practical reasons.

For one thing, as Dockery writes, Postmodernism presents Christians with new challenges as well as rich opportunities for evangelistic witness. The opportunity (in view of the rejection of universal truths), is that today’s generation is feeling increasingly lost. And the great challenge is to communicate the unchanging message of the life-saving Gospel in ways that make sense.

One of the essays in Dockery’s book is written by Stanley Grenz, a Baptist pastor who became an academic, most recently at Carey Hall and Regent College in Vancouver. Though Grenz has since passed away, he represents quite well, I think, what postmodern thinking is all about: 1) In the midst of a predominant pessimism about the world, people are more interested in cooperation than conquest, 2) This generation tends to take a holistic approach to the nature of truth — something that comes to individuals from many places, 3) Knowledge, instead of being objective, is “relative, indeterminate, and participatory,” and, 4) The postmodern worldview operates with a community based understanding of truth.

This last assertion seems to be a big point for Stanley Grenz, but it represents a huge departure from what we have known as orthodox Christianity. According to Grenz, truth is relative to the community in which we participate. Giving up the idea of universal, timeless truth, he says, … truth is what fits within a specific community. [It] consists in the ground rules that facilitate the well-being of the community in which one participates.

In another article of Dockery’s book, Albert Mohler, president of Southern Baptist Theological Seminary (Louisville, Kentucky), comments on Grenz’s ideas. Instead of being “creed-based,” he says the focus in Grenz is on “spirituality.” According to Mohler, it appears that Grenz is proposing a shift from biblically based doctrine to “the spiritual vision of the community.” In the essay, Mohler suggests strongly that Grenz replaces Scripture as the foundation of Christian theology, with “communal Christian experience.”

Not surprisingly, evangelical Christians often find that  communal spirituality itself has become what is most important in church life and ministry. Though the Bible continues to occupy a place in the life of the church community, its sense of authority appears less prominent. Instead of being authoritatively declared, it seems more unconsciously assumed. One result, it appears, is that preaching tends to be informed more by popular culture than biblical proposition. It also explains why matters such as creation, gender identity/roles, the gospel, specific teaching on future events regarding the return of Jesus Christ, and others, tend to be ambiguous. And it explains the new emphasis on an experience of spirituality without clear biblical guidance.

It’s important to acknowledge that while some aspects of postmodernism are a healthy correction to the flagrant dogmatism of a previous age, it seems that the pendulum is in grave danger of swinging to the other extreme. Unless the church continues to reasonably affirm the authority of Scripture for faith and practice, it will become increasingly fragmented and ultimately empty of its historic faith.

The postmodern challenge is to find the balance between a rigorous faith in the truth of Scripture and the ability/power to communicate its beautiful gospel message to a spiritually destitute world.