The Battle for Truth 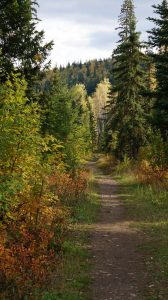 Canada is in the midst of an election campaign. On October 21st, Canadians will have the opportunity to choose a new government. Early indications are that the two front runners, the Conservatives and the Liberals, are pretty much tied for their bid for the leadership of the new government. At this point, it’s hard to imagine that either will have a majority number of seats to form the next government. A minority government would need the support of one of the other parties to make legislative changes. In my view, Canada at this time, is in need of a leader who is decisive and has the ability to effectively challenge existing ethical issues. Though not impossible, this is particularly difficult in the current postmodern climate — the reason being that truth seems illusive.

In a 2008 publication by Charles Colson and Harold Fickett called, The Faith, an entire chapter is devoted to the matter of truth and how it has been impacted by the reality of postmodernism. On page 68, they write about how the new god of tolerance is all about the fact that “knowing truth is impossible.” We can see how this appears to have special application to politics. On page 69, one of the writers says, “I watched a debate in the 2006 elections in which a supposedly conservative candidate for governor said he was pro-life. But he quickly assured the questioner that he would not seek any changes in the law. He would not want to ‘impose his personal views on others,’ he explained. The writer, in this case, goes on to comment: “Why would you want to be governor if you could not seek through the proper legal means, to prevent moral injustice? In a commentary not only on the politician but on the people, he was handily elected, having succeeded in offending no one at the expense of abandoning his professed convictions.”

Worse still, the writers point out, this relativism with regard to truth has severely impacted the church of our times. They point out, for example, the impatience of young leaders in the church of today, with old forms of Christianity which they believe put too much emphasis on intellectual assent to God’s plan of salvation without accompanying works. I have also found this to be true. As these writers demonstrate, today’s younger leaders “want to recover a true biblical vision that understands God’s role in history as the redemption of the entire creation.” Instead of the old soteriology (personal salvation based on faith in the atoning sacrifice and resurrection of Christ), the new emphasis is decidely on Jesus’ coming as the announcement of the eternal Kingdom. The Christian faith, say today’s young Christians, is all about joining Christ in His mission.

While the emphasis on obedience to Christ’s mission mandate is commendable, it seems to many of us, including these writers, that today’s millennials avoid a direct presentation of the Gospel because the latter implies a more doctrinal understanding and commitment to truth. So, as these writers say, “younger evangelical leaders have resorted to emphasizing experience and indirect means of witness: their worship services are characterized by storytelling, visual (often multimedia) presentation, contemporary music, and an open invitation to join the conversation.”  They write further, “Some believe the church should give up on doctrinal teaching … for the sake of presenting Christianity as a big-picture story in which all of our individual stories and experiences can find meaning.”

Truly, what I also have observed in recent years, is a reticence on the part of younger evangelical leaders to preach and teach Bible doctrine. In many instances, even in our seminaries, systematic theology no longer has the priority of study it once did. If anything, it appears to have been replaced by what is known as biblical theology which, instead of delineating biblical doctrince, tries to trace the story of redemption more organically and chroniclogically. Today’s younger church leaders do not like to think of truth as propositional statements from God, but rather as the experience of Jesus Christ as the incarnation of truth. The diffrerence is subtle but extremely important. Because it is impossible to truly experience Christ without relating to the truth of Scripture — which He embodied in His own life. As these writers say, “When Jesus becomes the captive of private experience, He rapidly degenerates into a vague, mystical figure who approves our own wishes. To present Jesus without doctrine is to present a disembodied saviour…”

One of the effects of a “truthless” society that has replaced truth with individual interpretation, is that there is no foundation for establishing laws by which to govern society. This has resulted in a proliferation of laws in order to protect individual rights and freedoms. Without reference to a common standard of right and wrong as revealed to us in the Holy Scriptures, we are left to drift on a chaotic sea that ultimately leads to despair and self-destruction.

Biblically, it doesn’t seem possible to separate faith in Christ and relationship with Him from the acknowledgment and response to truth as revealed in the Scriptures. For one thing, it is impossible to have true faith in Jesus Christ without admitting to the reality of sin as the transgression of God’s law which has been made known to us, not only in our conscience but ultimately also through the Bible. A true relationship with Jesus can’t happen without a willingness to confess sin and the need for God’s great sacrifice in Jesus’ death on the cross. The great danger in today’s “discipleship” emphasis of the church, is to forget the great prerequisite of repentance and faith in Jesus’ death and resurrection for our sins. It is difficult to imagine how there can ever be any real assurance of an eternal relationship with God apart from an acceptance of the truth of the biblical statements concerning the nature of faith. Discipleship, rightly considered, is a process of growing obedience to Christ subsequent to initial faith in Christ’s salvation from sin. As we used to say, true discipleship is a way of saying “thank you” for God’s imputed righteousness given at the time of the initial exercise of faith.

There are many Scriptures that demonstrate the importance of professing faith in God’s revealed truth. This was Peter’s appeal on the Day of Pentecost when he preached the cross and the resurrection of Christ and the people said, “What should we do?” He said, “Repent and be baptized, every one of you, in the name of Jesus Christ for the forgiveness of your sins” (Acts 2:38). Paul takes great pains to explain the nature of salvation in the Book of Romans. In the 10th chapter he speaks of the “word of faith” as a confession of the mouth and belief in the heart (Romans 10:9, 10). In this passage, he effectively reduces faith to a simple biblical confession when he quotes the Old Testament prophet (Joel 2:32), “Everyone who calls on the name of the Lord will be saved.”

I was impressed with the things that Colson and Fickett had written because it supports so much of what I have been trying to say in my own publication concerning the rise of postmodernism. For further informaiton on this subject, consider the publication referenced here, or my own further delberations of this theme in the book mentioned on my site.