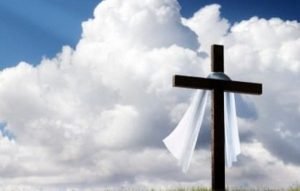 Recently, I’ve been asking the question whether human nature is basically good or evil. Most people incline toward the idea that the human psyche is good–that it only needs to be fanned into a flame (i.e. educated) to accomplish a good purpose. The argument may include the idea that since, according to the Bible, we have been created in God’s image, humanity is good. Furthermore, any shady inclination is the result of bad influence that somehow has its source in Satan or some other evil force. Sin happens when we listen to that voice instead of the voice of God.

A Christian version of this conclusion about human nature is that the purpose of Jesus’ coming into the world was to demonstrate what it means to live in relationship to God. By this view, the thing that is missing in people’s lives is a conscious relationship with God.  And the way to have that relationship is to approach God through Christ. Accordingly, acknowledging Jesus in some way and trying to follow him is the key to living successfully. This view inclines to begin with the idea that human nature is good.

However, the problem with the idea that human nature is basically good is that it doesn’t account for the seemingly human penchant toward self-centeredness. (It also doesn’t account for the universal reality of death!) Experience appears to demonstrate that even the most noble among us struggles with such negative feelings as denial, jealousy, and disregard for others. These darker expressions of the human personality are seen even in infancy and childhood. “Why is it,” we might ask, “that even in the most sophisticated of human cultures there is the inclination to hide, to cheat, and to harm? Why is the history of human civilization an endless cycle of apparent success at one point only to be ultimately followed by failure?”

I believe the answer to these important questions is found in the description of human nature found in the Bible. Though it is true that humanity has been created in the image of God, reflecting godly virtue in many ways, the biblical account of people’s beginnings includes God’s judgement upon our first parents’ disobedience to his command “not to eat of the tree of the knowledge of good and evil” (Genesis 2). At that time God said that Eve, mother of all living, would suffer in childbirth (as well as in her marital role). And Adam likewise, now consigned to a life of hard labour in a weedy world, would finish his life in death. So the reason for universal death is simply the sinful disposition common to all.

Truth be known, the Bible is actually replete with references to the the grim reality of human moral depravity. Jeremiah preaches that the heart is deceitful above all things and beyond cure (17:9). King David writes, All have turned away, all have become corrupt; there is no one who does good, not even one (Psalm 14:3). St. Paul, writing to the Romans, quotes this piece (3:12) and then adds later (5:12) that just as sin entered the world through one man, and death through sin, and in this way death came to all people, because all sinned. Indeed, the biblical history of the nation of Israel demonstrates graphically that despite God’s goodness toward his people, their natural tendency was to actually rebel against him again and again in many ways.

But the good news is that this reality is not the end of the story. Thankfully, according to the Bible, God has provided a way of escape from this seemingly hopeless situation. There is a way to return to God’s original intention, to right the ship, to overcome the terrible judgement of death. The story of the Bible is how God prepared the world, through the nation of Israel, to bring about the revelation of a Saviour who could actually return us to our original innocent state. History shows that Israel’s main identity was in worshipping the true God through a prescribed sacrificial system that dealt with the reality of sin (thereby pointing to the ultimate sacrifice of Christ). In mercy and grace, God’s Man, in his death, atoned for the sin of the whole world. And his physical resurrection three days later authenticated this claim!  In the divinely inspired words of St. Paul, he who knew no sin became sin for us so that we might become the righteousness of God in him.(2 Corinthians 5:21).

In humbly acknowledging the reality of personal sin, and in receiving God’s forgiveness by confessing faith in Jesus Christ, it’s possible for anyone to shed sin’s curse, to be restored with spiritual life from God by the Holy Spirit, to become truly good, and to enter into an eternal relationship with God. Humanity’s goodness, to the extent it naturally exists, is the product of being created in God’s image as well as having a consciousness of God and his moral law in our hearts. That is the reason everyone intuitively knows and seeks to live by God’s law (as set out in the Ten Commandments). It is this factor that is the civilizing influence in human society. But, sadly and realistically, trying in ourselves to live by God’s moral law is hopelessly delusional regarding God’s standard of goodness!

True human goodness then, apparently cannot actually be achieved apart from God’s supernatural intervention. It turns out that through Jesus Christ, God made a way for us to experience the perfect righteousness that God’s pure nature requires. Apart from his intervention, in history and in our personal lives, we are all doomed for eternal condemnation–biblically described as hell (i.e. Luke 12:5).

Human nature then, though fundamentally flawed because of sin, is able to become holy and good, not through personal efforts of righteousness, but simply and only through appropriating the righteousness of Christ. In the words of scripture (Ephesians 2:8-10), it is only by God’s grace toward us in Christ that we are able to be saved from sin’s judgement instead of by our own means. The passage goes on to say that God has arranged for goodness through our lives by faith in Jesus Christ.

In these times, both in the general culture and often in the church, it seems that much is made of humanity’s goodness–that we simply need to love each other. But, I think it’s important to be reminded of the biblical perspective concerning the raw reality of the human psyche. Of course, contributing to the problem (and confirming it) is our inclination to resist this conclusion. We naturally like to insist on our own basic goodness. But it seems to me, that if we are going to make any real progress toward true human civility, we have to come to terms with this biblical truth that ultimately highlights the nature and necessity of the gospel.