The Statistical State of Faith in America 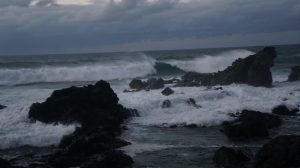 This week, the premier American church magazine, Christianity Today, published the most recent results of an extensive survey by Pew Research about the current decline of Christian faith in the USA. In the article, written by CT news editor, Daniel Silliman, the main description of faith in America today is, “that people are giving up on Christianity.”

Based on a 2019 survey of 15,000 adults Pew estimates that in 2020, 64% of the general population identify themselves as Christians. Further, about 30% say they have no religious affiliation, and 6% identify as members of other religious faiths. These numbers represent a large shift since the 1970’s and 80’s when about 90% of the population were people of faith and only 8% identified as unbelievers. Pew predicts that if the trend continues, the number of those who identify as Christians could shrink to as low as 35% by 2070, and that  “nones” (atheists, agnostics, or no-faith-in-particular) could increase to over half of the population. Silliman concludes that according to Pew, spiritual revival not withstanding, the projection of faith decline in America is not a matter of whether, but of how fast and how far!

This is not surprising news in view of what we’ve seen on the cultural landscape of North America in the last several decades. Not long ago, in Thoughtful Adaptations to Change: Authentic Faith in Postmodern Times, I wrote about this trend, the reasons for it, and possible ways to address it. Sadly, the reality is that the faith of a previous generation has given way to serious doubts about the integrity of the church and the validity of the Christian faith. In these postmodern times, Christians have been facing a whole new kind of opposition centered chiefly, not on rational arguments for belief, but on personal and corporate integrity. Accordingly, the Bible and Christianity are largely regarded as being out-of-step with the times.

We don’t have to look far to see how this trend is evident in our own communities. Though there are many beautiful exceptions, many–especially among today’s younger generation–have stepped away from active involvement in the church. One sociological explanation (also alluded to in the CT article) is that economic progress and technical advance tend to move people toward secularization. Additionally, as mentioned in the article, the inclination toward liberal theology and questionable political associations are also reasons for the decline in faith.

But in the larger historical perspective, we will quickly see that the tendency for succeeding generations to depart from biblical faith is not peculiar to our times. The history of Israel as described throughout the Old Testament provides ample example of how God’s people, despite their awesome experiences of God’s revelation, inclined regularly toward idolatry and apostasy. It seems common to us all, that when God’s blessing brings prosperity, we easily forget this most foundational life principle–that we are wholly dependent upon God’s mercy and grace for every aspect of our lives.

Yet, as I read the biblical text, I quickly come to recognize that there is another factor in the inclination toward generational apostasy: it is the cosmic spiritual struggle waged against God’s people by God’s arch-enemy, Satan. In my reading of Revelation 12 this week, I have been captivated by the Apostle’s description concerning the reality of Satan’s existence and his ambition throughout history to destroy the people of God. (At this point in the Revelation, the chronology in the description of the apocalypse appears to be suspended to focus on the larger picture of what has been happening since “the fall” of Genesis 3.) Here in Revelation, the Child who was born from Israel–miraculously kept from destruction–rises to become the Saviour of God’s people and the ultimate Destroyer of Satan. But for now, as graphically detailed, Satan ruthlessly continues to wage war against the people of God. So, no doubt, this is one important explanation for the current disaffection concerning faith. (Yet the overwhelmingly good news is that Satan will not prevail!)

As in the history of Israel, when the nation departed from true worship, God arranged for various judgements to fall upon them in order to arrest their attention for the sake of faith. And so today, crises in our personal lives or in the broader community, have a way of calling us back to what’s really important. As the article concedes, it is impossible to truly predict the status of faith in the nation over the next fifty years. It’s quite possible that God, by some unimaginable means, could once again bring about a mighty spiritual revival to generate yet another wave of faith and salvation. With gratitude, we remember the great revivals in America of the mid-eighteenth and nineteenth centuries under the preaching of such notables as Jonathan Edwards and Charles Finney. We earnestly pray, it may happen again. Perhaps, one will emerge from among our own company who will lead in carrying the light into this present darkness and vast numbers will once again turn to the Lord.

In my view, at issue in our current great battle is the status of two cardinal truths of the Christian faith: One has to do with our view of the Word of the Lord as made known to us in the holy scriptures. Increasingly, it seems, many of today’s Christian leaders in every sphere give less practical attention to the authority and reliability of the biblical texts. There has been a remarkable tendency to cast doubt on the original texts by rationalizing their meaning in a wide variety of ways–chiefly by accommodation to our cultural contexts. The second compromise concerns the nature of the gospel itself. Instead of focus on faith in the atonement and resurrection of Jesus Christ for forgiveness and holy living, there appears to be a subtle shift toward seeking to emulate the life of Jesus. Yet biblically, the heart of the gospel is about faith that consists of a complete exchange of one life for another through faith in what Christ has done for us. As a result of these two accommodations, it seems to me, the church on this continent has lost something of its former power and effectiveness.

At the same time, it’s important to recognize that even in these spiritually thirsty times, the kingdom of God is advancing in some remarkable ways. Even though overall, it is evident that Christian faith in our part of the world is in decline, it doesn’t mean that God’s Word does not continue to be authoritatively proclaimed in a variety of contexts and that people are not being genuinely converted. Many in today’s generation are earnestly seeking God and trusting in Jesus to fulfill His mission. As in Elijah’s day, God has reserved those “…whose knees have not bowed down to Baal, and whose mouths have not kissed him” (1 Kings 19:18). Additionally, it is encouraging to know that in many other parts of the world–especially Africa, South America, and Asia–the church is truly expanding.

Yet, it should be a matter of grave concern to all the members of Christ’s church in North America that apart from divine intervention, true faith will continue to decline with grim outcomes for our nations and the church. At the least, the statistical trend is cause for pause, for serious second thought, for some personal soul-searching, and for prayerful contemplation.