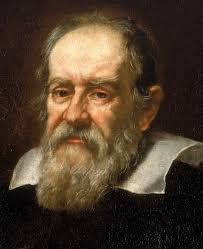 Tonight, October 31st, most people are occupied with typical Halloween festivities. But they may not know that this popular western cultural ritual actually began as a celebration among the Celts of northern Europe and Ireland some 2000 years ago to ward off evil spirits on the New Year’s Eve of the time. It was called Samhain (pronounced Sow-in), a time that marked the transition from summer to winter which, it was believed, also represented a time when the spiritual world of the dead touched the physical world. On that evening, people had a perception that ghosts came from the place of the dead to visit the earth — the reason why Halloween today is associated with those kind of images. The Druids of that time created large bonfires and even animal sacrifices to appease the spirits of the dead.

In the Eighth Century, Pope Gregory III attempted to counter the pagan celebration of the Celts by making November 1st a day to honour the saints of the Roman Catholic Church — something originally based on a day (May 1st) to honour the martyrs of Rome. Pope Gregory designated the new day as All Saints Day which morphed into All Hallows Day, or Hallowed Eve, or Halloween. It seems the celebration of All Saints Day tried to integrate some of the customs of the old pagan festival — perhaps as some kind of compromise with the pagan culture — something which turned out to be a case of classic religious syncretism.

Halloween, in the end, by its name is a great illustration of how a Christian idea is easily overcome by a pagan one. Though dressing up in costumes of various kinds on one evening of the year to give and receive treats in itself may seem rather benign, it is fascinating to see how such a popular cultural practice is rooted in spiritual realities of which most celebrants are completely unaware. At the least, Halloween, though a muddled image of paganism and Christian truth, speaks to the fact of spiritual realities. If Samhain tried to hi-lite the thin boundary between the spiritual realm of the dead and human living, Halloween demonstrates the subtle but real difference between Satan’s way and God’s. If anything, Halloween represents a human attempt to bring God’s way and Satan’s way together. After all, isn’t it ironic that an evening that speaks of true holiness should, in the end, consist of so many diabolic expressions of evil!

Personally, I prefer to hi-lite other more noble celebrations of October 31st. One is its designation as Reformation Day, the day on which Protestant Christians everywhere recognize the tremendous importance of Martin Luther’s pivotal contribution to the Christian church. Perhaps it was to counter the pagan celebrations of Halloween that October 31st was designated as the day to remember that iconic Protestant / Reformation event of Luther’s Ninety-five Theses being nailed to the All Saints Church of Wittenberg. Though Martin Luther could never have known the huge ripple effect that such an act would begin, it is this image that represents best what the Protestant Reformation was all about. In those theses, Martin Luther essentially put forth questions about the sale of indulgences as a means of raising money from poor people for the building of St. Peter’s Basilica. He was also concerned that such a practice gave the poor a [false] sense of assurance concerning release for those who had passed on (into purgatory, as the Roman Catholic Church taught). Luther’s act was really the beginning of a whole variety of challenges to the Roman Church for which he was severely censored.

In contrast to what Halloween has become, Martin Luther’s act of protest represents the very opposite of syncretism. It was a case of extracting true faith from an otherwise muddled expression of what it meant to truly follow God. Reformation Day is something the Church should recognize as being far more important than the popular cultural expressions of Halloween. The celebration of Reformation Day could well be regarded as a step away from paganism into the light of the revelation of God through the Holy Scriptures and the Gospel. At the least, practically speaking, among Christians and in the Church, it would seem right that Reformation Day should receive more attention than the current practice of Halloween. That may be a tough sell in today’s cultural climate, but it doesn’t seem right that a slightly modified version of the Celtic Samhain should trump Christian reality.

There are other reasons to make the October 31st date a nobler celebration. It’s hard to believe that it took the Roman Church until October 31st, 1992 to acknowledge its wrongdoing in judging Galileo Galilei as a heretic in 1633 for supporting Copernicus’s idea of a heliocentric universe instead of a geocentric one. Though not executed for his disagreement with the Church, he was placed under house arrest for the remainder of his life until 1642.

I’ve always considered the discovery of Copernicus and people like Kepler and Galilei regarding the revolution of the universe around the sun instead of the earth to be a most profound illustration of how a genuine pursuit of truth prevails over mere religious dogma even in the context of the Church. Thankfully, true orthodoxy in the context of biblical faith has a way of ultimately triumphing over the well-established biases of the religious elite. This story also illustrates how it is important to look at the deeper nuances of the Scriptures regarding the larger picture of reality from God’s perspective. Though Galilei appeared to be wrong in the eyes of the Church of that time, he had deeper insight in how God’s decrees concerning the physical universe were not necessarily in conflict with His revelation otherwise. Students of the Bible should be careful to ensure that their views are not in conflict with God’s decrees as evident through the best of scientific research. This story underlines the fact that ultimately there is no conflict between God’s revelation and true science.

In any case, it is evident that there are other important ways to celebrate Halloween than the popular western cultural mode suggests. Western Christians would do well to refocus their attention on other significant happenings on this date that challenge the very notion of the common understanding of Halloween. October 31st should be seen as a truly holy evening, not for the applause of evil spirits, but for the ways in which God has worked to bring about a true understanding of His revelation in the Scriptures and in Christ.