Why I Still Love the Church 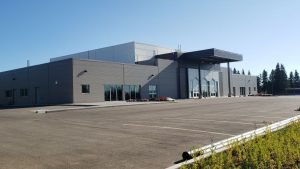 For the past 20 months, I have had been blessed to serve the Prairie Tabernacle Congregation in Three Hills Alberta as its transition pastor. Though focused on helping the church prepare for its next lead pastor, the role has also included regular lead pastor responsibilities. Despite the challenges that have come with limited onsite ministry each month as well as the complications arising from COVID, it has been a fascinating and fulfilling journey in many ways.

During this time, together we gave attention to many different aspects of the church’s life and ministry including its relational, organizational, and vision renewal. Though the process took longer than usual, I am pleased how God answered our prayers to find a pastoral candidate that matched the profile envisioned. Carolyn and I look forward to returning for a Sunday worship service early in July to share in the installation of the new pastor. It will be a grand conclusion to my time of service in this church.

The installation service for the new pastor is an occasion to think more deeply about the significance of pastoral leadership and the church. As we all know, the very nature of the church and its ministry, at least in western nations, in recent years has involved many challenges. For one thing, COVID restrictions on gatherings certainly have had an impact on pre-pandemic levels of attendance. But there also have been other serious factors that have affected church engagement in these times.

First of all, attitudes concerning certainty about many things are not what they used to be. In a time when a more rational approach characterized life in the western world, Christianity was quite defensible using logical arguments. For example, biblical authority was confirmed by reasons grounded in history and the natural world. But in the last fifty years or more, post-modern ideas have emerged that seriously question assumptions about the very nature of reality. Rational arguments for the reliability of the Bible and its message have given way to questions about the origin and intent of its composition. We are now in a time when every bit of communication is regarded with suspicion of exploitation in one way or another. Commonly accepted evolutionary theory implies a kind of tribalism among people in which power is the prime motivating factor. In today’s world, it seems any profession of truth should not only be suspected but also deconstructed to expose its perceived evil intent.

Since justification for the church’s existence has always been grounded in the biblical record, It’s easy to see how this philosophical/cultural shift has dramatically affected church life and ministry. The cultural tendency to question statements of fact has also often affected biblical confidence among those who have been Christians for a long time. This follows from  the sentiment that interpretation of the biblical texts is not as precise as was once thought.  A further result has been an increase in a significant degree of confusion and disagreement among members of the church. In general, sadly, the church of the west is not as confident and unified as it once was.

But the church has also suffered decline because criticism of the church, due to instances of hypocrisy and injustice, has risen to whole new level. Despite all the genuine good generated by the Christian message and the many examples of selfless service among its adherents, many justify their opposition to the church by frequently referring to evidences of corruption. To be sure, there are many instances in which Christians have not been faithful to their profession. Even genuine believers would be the first to acknowledge that their lives are not always consistent with what they confess. (In truth, of course, it is this sense of moral failure that has led them to reach out to Christ in the first place.)

Because of these things, it is not an easy time to identify with the church, to enthusiastically participate in its services, or to speak boldly of its life-transforming message. In these times, the promotion and work of the church in western society appears  formidable. Nevertheless, for those of us who continue to believe in the accuracy and authenticity of the biblical record and its testimony concerning Jesus Christ, faith in the importance of the church is stronger than ever. Despite all the difficulties in our times, they truly believe God continues to be committed to the church’s development and ultimate triumph.

The testimony of the sacred scriptures is that Jesus founded the church by His own decree when He said, I will build my church and the gates of hell shall not prevail against it (Matthew 16:18). It actually began when He sent His Spirit at the celebration of Pentecost in Jerusalem–probably about 30 AD–where also the apostle Peter preached about Jesus and some three thousand people believed and were baptized (Acts 2). The remainder of the New Testament is a compilation of the church’s early history and communication with individual churches and  Christians in the first century. Ever since, the church has had a rather prominent place in the development of world history. Despite setbacks of one kind and another, it continues to be the most powerful instrument of salt, light, and salvation in a world that predictably moves toward its own destruction.

If we take the church seriously, despite its human weaknesses, we will want to become active participants. We will attend its weekly worship services to confess faith in song, prayer, and response to God’s preached Word. If the church means anything we will share in the practices of baptism and the Lord’s Supper as expressions of our identity with it.  If we believe in the church, we will seek to find friendship among those who share the same confession of faith. If we love the church we will plan to identify ourselves with its local expression by seeking to discover and use the particular serving talent each of us has been given by the Holy Spirit. If we think highly of the church as described in the New Testament, we will regard and support the pastoral and elder leadership structure of the church. Then too, if we love the church, we will seriously consider becoming official members thus sharing in its congregational decision-making and accountability through it.  If we think of the church in its biblical terms we will do everything we can to identify with and participate in its main mission to go and make disciples everywhere through evangelism and instruction. And if we truly believe in the church, we will do what we can to promote its development through the generous donation of our material resources.

Though we now live in a kind of desert as far as enthusiasm and commitment to Christ and His church is concerned, for my part, I am more excited than ever about God’s plan to build His church. Despite its many problems, I love the church first and foremost because Jesus loves the church for which He sacrificed His very life (Ephesians 5:25). I continue to love the church because it is God’s primary agency to bring His eternal salvation to the world. Despite what so many think and say, I still believe that the church in its varied biblical forms is the face of Jesus Christ in the world. And, I continue to be committed to the church because I am confident it will ultimately prevail!.